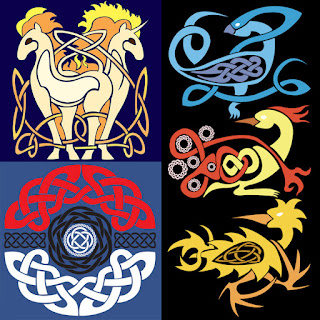 I have a few new t-shirt designs that I have been working on over the last little while. Still following the celtic-pokemon theme, I've branched out from Eeveelutions to include others, including Ponya/Rapidash and Seadra.
There's also a design of a single pokeball -- I have a great ball also done, but I'm trying to work out the ultra ball before I release the rest, likely as a group on one shirt.
Are you getting excited for the new Pokemon Go coming out in 2016? I am! I can't wait to wear one of these t-shirts while I'm out wandering around, trying to catch a bunch of pokemon. I plan to show off my Celtic pride while I hunt for my favourite pokemon. 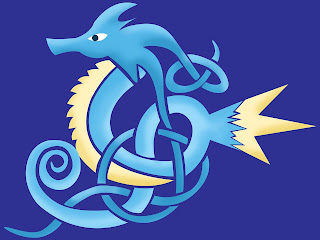 Check out some of the designs in this post! To purchase some of them on t-shirts, crews, tanks, hoodies or as a phone case, click on the "Buy T-Shirts" link above.

Wow! It's been a while since I've had a chance to update the site! Sorry about that, folks!

As some of you know, I've been pretty busy, but have made it to a few northern-Canadian conventions in the last little while. My best turnout was at the Northern FanCon in Prince George. I had a wonderful time and met a lot of really great people!

If you follow my Facebook Page, you'll have kept up with some of my updates. New t-shirts are available on TeePublic, and I have been doing some sketching and drawing here and there.

What you haven't seen is the behind-the-scenes workings of future decks I have in my head. There are four decks in planning, but I'm just not sure where to start. They include:

As you can see, there's a theme. Each deck would be around 30-35 cards and in its own custom box. Each deck will have a limited run, likely of 150. I will likely turn to Kickstarter again to help fund the production.

I learned a lot from self-publishing my Spindle Cards, and look forward to improvements in future decks. Spindle Cards are still available for sale, and you can contact me for more information!

I also have a super-secret deck project that I've been toying with, but it isn't far enough along for me to want to mention it just yet. You'll just have to check back later!

Thanks for stopping by! In the meantime, here's a close-up detail shot of Destiny from my Spindle Cards.
Posted by Megan at 9:29 AM