Great success at the Calgary Expo

Wild Husky had a great turnout at the Calgary Comic & Entertainment Expo this year. Spindle Cards made their Calgary début, and overall had a pretty good reception. The free-reading coupons didn't quite get out there as much as hoped, but still had a small impact, bringing in about a dozen exhibitors to have their fortunes read. Hopefully I will see even more next year! 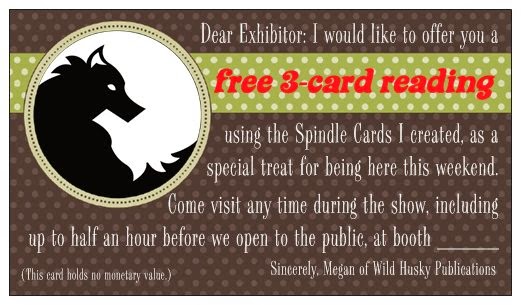 Did you get one of these as an exhibitor? Could you read
my writing when I wrote S07 on it? Did it look like 507?

As an added bonus, I had Samantha and Brad there as my volunteer helpers. It definitely makes things easier when you have a little help! 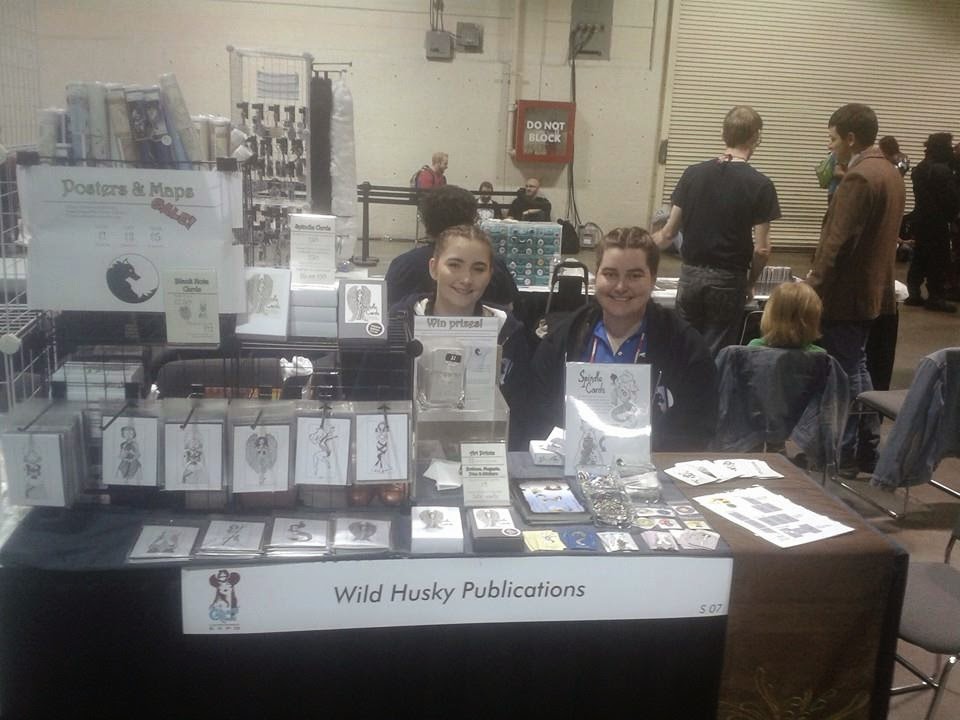 Sami and I hanging out behind the booth. Look at all
the awesome stuff we had! Brad took the photo.

Overall, it was a great weekend, and inspiring to push me toward getting my next project off the ground. It's currently titled "Hunt for the Holly Crown" but I'm not sure I'm entirely sold on it. It's a card game for 2-4 players, with room for some expansion.

Love the art of Spindle Cards? There's more designs for new decks and games on the way. Just stay tuned, my Wild Husky fans!
Posted by Megan at 7:59 PM

I've developed a small newsletter that I will be emailing out to any interested people, called PawPrint.

This little publication will give an outline of current news/completed projects, as well as updates on upcoming projects.

I will have paper copies that I will be handing out in Calgary at the Comic & Entertainment Expo, as well as collecting emails from those who are interested in receiving the updates -- right in your very own inbox! If you'd like to subscribe, please email me with the subject "PAWPRINT SUBSCRIBE" and I will add you to the list.

For those heading to Calgary, I will see you in a couple weeks! I will be in booth S07 in Artist Alley, and selling Spindle Cards (Standard and Limited Edition boxes), maps, posters, pins, stickers and my blank note cards. I will also be offering readings using my Spindle Cards! Here's a map so you can keep an eye out for me! 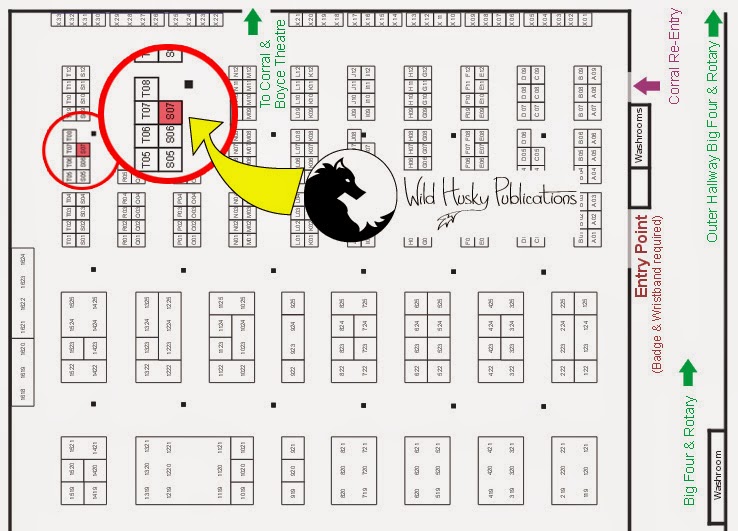